The Prodigy
The Fat Of The Land 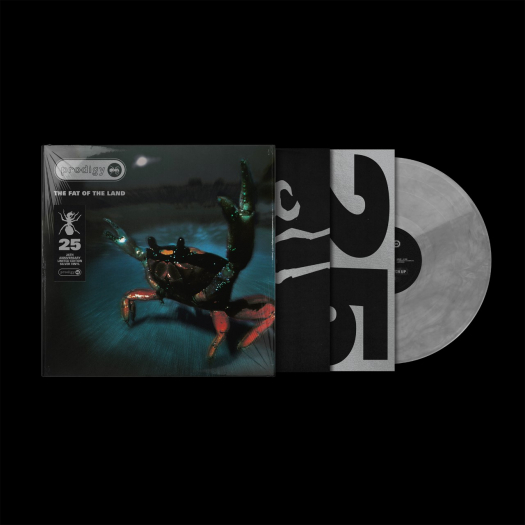 Please note; the vinyl only contains the original album, not the 2012 remixes

Few albums were as eagerly anticipated as The Fat of the Land, the Prodigy’s long-awaited follow-up to Music for the Jilted Generation. The Fat of the Land was touted as the album that would bring electronica/techno to a wide American audience; and indeed it went on to sell 2.8 million copies in the US. The Fat of the Land delivers exactly what anyone would expect: intense hip-hop-derived rhythms, imaginatively reconstructed samples, and meaningless shouted lyrics from Keith Flint and Maxim. Half of the album does sound quite similar to “Firestarter,” especially when Flint is singing. Still, Liam Howlett is an inventive producer, and he can make songs like “Smack My Bitch Up” and “Serial Thrilla” kick with a visceral power, but he is at his best on the funky hip-hop of “Diesel Power” (which is driven by an excellent Kool Keith rap) and “Funky Shit,” as wellas the mind-bending neo-psychedelia of “Narayan” (featuring guest vocals by Crispian Mills of Kula Shaker) and the bloodcurdling cover of L7’s “Fuel My Fire,” which features vocals by Republica’s Saffron. All those guest vocalists mean something -- Howlett is at his best when he’s writing for himself or others.“Firestarter” and all of its rewrites capture the fire of the Prodigyat their peak, and the remaining songs have imagination that give the album weight. The Fat of the Land is damn good.

This 15th anniversary expanded edition includes 6 new remixes (CD ONLY) by today’s greatest electronic acts: Noisia, Alvin Risk, Zeds Dead, Baauer, Glitch Mob and Major Lazer. After a long license to Maverick Records & out of print for over a year in the US, XL Recordings proudly welcomes home The Fat Of The Land.