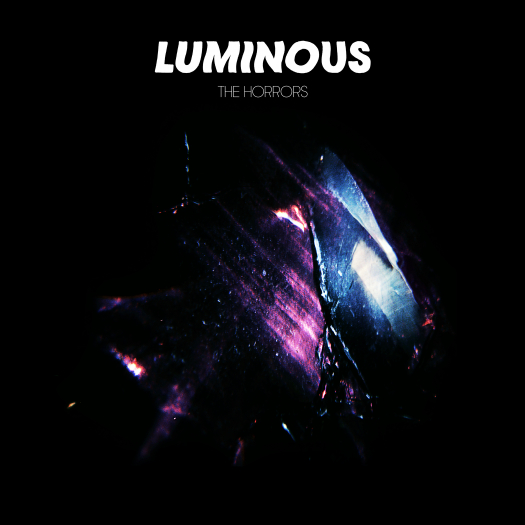 Deluxe Dbl LP comes in a gatefold jacket with printed inner sleeves and spot gloss UV cover, are pressed on 180 gram vinyl.  WE ARE OUT OF AUTOGRAPHED COPIES. Deluxe and regular Dbl LP both include an MP3 download coupon.

Recorded over 15 months in the band’s east London studio-laboratory-bunker with co-producer Craig Silvey, it’s the follow-up to the band’s 2007 debut Strange House, the Mercury-nominated Primary Colours (2009), and the critically-acclaimed Skying (2011) – a record that entered the charts at Number Five, featured prominently in the end-of-year magazine/newspaper polls, and was anointed NME's Album Of The Year.

Luminous is an album that, for once, merits that over-used phrase “keenly-anticipated”. Tipped to be one of the biggest British albums of 2014, it follows the breakthrough success of the silver-selling Skying, an album beloved of heroes and peers such as Bobby Gillespie, Alex Turner and Trent Reznor and that also brought The Horrors into the world of the Radio 1 A-list and Later… With Jools Holland.

Tasking themselves with, as ever, moving onwards, The Horrors determined to make an album that was brighter, more positive, more electronic. ‘We’ve refined our sound,” affirms lead singer Faris Badwan, “and in terms of songwriting it is the record I'm happiest with.” Or, in the words of bass player Rhys Webb, “it’s not so much about heavier guitars as a heavier potency… We want to make music you can dance to, music that elevates…” Luminous by name, luminous by nature: this is an album radiating light and energy. These songs are The Horrors writing at their instinctive, intuitive and accessible best.

By way of explaining the intense but unhurried writing and recording of the album, the frontman says that, “If you're happy with one record I think you always have those fears that you'll somehow never be able to write a good song again. But I think between us we would never allow something that we weren't happy with to be released. I can imagine it taking us 10 years to finish something – but I'd rather that than be a band who regress with each release.”

Further input came from producer Paul Epworth (Adele, Paul McCartney, Foster The People) on the track Falling Star. There was also a crucial role for a new piece of kit. Badwan reveals that Richard Russell, boss of their label XL, “had the pyramid synth from our Changing The Rain video built for us.”

Tracklisting:
Chasing Shadows
First Day Of Spring
So Now You Know
In and Out Of Sight
Jealous Sun
Falling Star
I See You
Change Your Mind
Mine and Yours
Sleepwalk